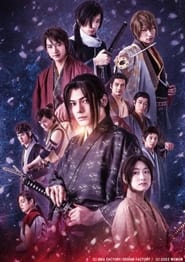 The turbulent period at the end of the Edo period. Chizuru Yukimura, a girl who visited Kyoto from Edo in search of her missing father. What appeared before Chizuru were Rakshasa, who was engaged in a horrific work that could not be thought of as a human being, and Shinsengumi soldiers led by Toshizo Hijikata. The Shinsengumi slashes Rakshasa in an instant. However, Chizuru’s father, Tsunado, had an inseparable connection with both Rakshasa and the Shinsengumi. Eventually, Chizuru puts himself in the Shinsengumi and searches for his father.