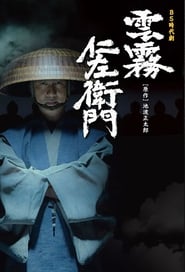 During the Kyoho period in the reign of Tokugawa Yoshimune, there is a gang of thieves active not just in Edo but also the Tokaido and the Nakasendo, and all across the Kansai region, stealing large sums of money with skillful techniques. They only target the very wealthy and never kill or injure people. They appear with the clouds and disappear like the mist. On the night that the beautiful Ochiyo is to become the bride of a dry goods dealer, a large amount of money hidden inside the shop is stolen. The gang disappears without injuring anyone. It was a two-year plan to marry Ochiyo off so that she could bring them in. The leader of this gang is Kumokiri Nizaemon, the greatest bandit of all time. He keeps a rein on his highly-skilled and notorious followers Nanabake no Ochiyo, Kinezumi no Kichigoro, Subashiri no Kumagoro, Ingakozo Rokunosuke and others.